Health care disparities and quality of care for ethnic groups are well documented. The National Healthcare Disparities Report (NHDR) published by the U.S. Department of Health and Human Services provides thought-provoking examples about how health providers relate to ethnic groups. The evidence suggests that providers are not as helpful to non-Whites, were less responsive, administered less medication, provided incomplete discharge instructions and communicated poorly. This data indicates that there are differences in how providers deliver health care services in response to the color of a patient’s skin. Furthermore, the NHDR documented that racial and ethnic minorities often receive poorer quality of care and face more barriers in seeking care including preventive care, acute treatment, or chronic disease management, than do non-Hispanic White patients. This mindset is indeed serious when it impacts the quality of care of racial, ethnic and socio-economic groups in the U.S. In fact, this is so serious that the U.S. Department of Health and Human Services released an Action Plan to Reduce Racial and Ethnic Disparities with the idea that it is possible to have a nation free of health care disparities.

What are the reasons for health disparities? Let’s review what health disparity means. These are the differences in health outcomes that are closely linked with social, economic, and environmental disadvantage often driven by the social conditions in which individuals live, learn, work and play. This Action Plan documents the fact that numerous studies reveal that individuals, families and communities that have systematically experienced social and economic disadvantage face greater obstacles to optimal health. One main reason includes lack of health insurance. Another factor is the lack of cultural competence of health care providers. Millions of patients have limited English proficiency and therefore, the patient-provider relationship is often strained from a general lack of understanding. National efforts to reduce health disparities have been established by the National Institute of Health (NIH) and Center for Disease Control and Prevention (CDC) with programs that focus on the health of minority groups in a culturally competent manner and that truly address racial diversity. However, this effort, national in scope and seemingly comprehensive is not embraced by all. A new strategy in dealing with these cultural issues is color blindness, which seems contrary to facing the issues. It appears to deny we are a diverse society and looks the other way on racial discrimination.

Color blindness has become a central strategy for addressing racial diversity in many settings with the idea that it will result in racial equality. The idea is that color blindness will reduce racial distinctions and then limit the potential for bias. This strategy compounds the problem in that individuals can be blind to racial discrimination and consequently impair the intervention rather than enhance it. One could argue that individual sensitivity to racial differences is hindered as a result. If one is color blind, then they cannot see when discrimination occurs. It would appear that this strategy would only contribute to health care disparity since the provider may not be in tune with what is really occurring with the patient. A study revealed that color blindness does not reduce bias, it only adjusts the lens of perception to the bias. There is nothing wrong with accepting that we are different. It might even be refreshing to embrace our cultural differences and treat each other as unique individuals. There is nothing wrong with diversity; in fact, it is the fabric that makes our nation culturally rich. First, we need to accept that we can become a culturally competent nation. Wouldn’t this be helpful to the minority patient? 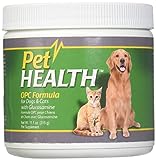 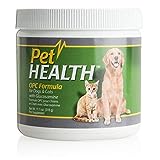 Price: (as of – Details) Curaseb is a Veterinarian Formulated Antiseptic Topical Spray that is …