No one wants to admit that a friend or family member is losing their mind. Denial is the normal first reaction. Eccentric behavior is excused with a shrug or an excuse. The person is tired, upset, nervous, or just having a bad day. For a time these explanations seem logical, but eventually reality sets in. Something is definitely wrong and the stigma of mental illness takes over.

The common words used to describe what is happening are frightening-crazy, loco, cracked, daft, looney, mad, insane. No one wants to apply those words to a loved one. The fear of what friends, neighbors and fellow workers will think takes over. Better to hide the knowledge from everyone and hope whatever is happening will go away of its own accord. But it doesn’t.

The delusions get worse, paranoia sets in, voices start, episodes of odd behavior get harder to ignore. The realization hits-this is a severe illness and medical help is needed. However, all proof and logic to the contrary, the person refuses to believe they are ill and rejects treatment. They are exhibiting “anosognosia” or “lack of insight.” The disease has caused a frontal lobe dysfunction, and the person is unable to process reality, or logic, or proof about their behavior. They believe sincerely they are acting normally. They are not “sick.” Even though someone brought them home naked after observing them putting out cigarettes on a neighbor’s car; even though they claim there is a relative being held captive in an obviously empty closet; even though they feel bugs crawling all over their body. Reasoning does not help. Producing contrary evidence does not change their mind, or their behavior.

Consultation with a doctor elicits the information that there is little you can do without the person’s permission to treat them. If they can be proved to be a danger to themselves or to someone else they can be committed involuntarily to a facility for a 72 hour evaluation, but if they refuse treatment they are released. (After all they are not “sick.”) Sometimes the person accepts that they need medication, but stops taking it after their release-they are not “sick.” And the cycle repeats.

Predictably faced with this situation eventually family and friends stop trying to help and the person is at risk for homelessness or jail. Sometimes they become so delusional they think they need to punish someone or make a statement by killing someone. As we have seen all too frequently tragedy ensues. Sometimes the disease is fatal-the person commits suicide or an encounter with law enforcement ends in their death.

Prior to the discovery in the 1950s that Thorozine relieves the symptoms of severe mental illness, the treatment for this illness was institutionalization. Thorozine was hailed as a miracle drug. Within 10 years the treatment changed to deinstitutionalization. Patients were deemed capable of living in their communities as long as they were medicated and supported with outpatient resources. Long term treatment facilities were closed, and by 1955 95% of the beds available to treat the mentally ill were gone.

Sixty years of experience however have shown these original assumptions were flawed. The medications worked, but they also created difficult side-effects that reduced the willingness of patients to take them. Anosognosia prevents many patients from realizing their need to take their medications. The outpatient support promised is often non-existent due to lack of budget and resources. The stigma of mental illness keeps people from seeking the help that is available. Many live on the streets without any treatment or help.

New thinking is desperately needed. One possible solution is California’s Laura’s Law and New York’s Kendra’s Law. This law allows the courts to mandate treatment before the person becomes a threat to themselves or the public. The treatment can be outpatient or an involuntary committal. This law is on the books in California but has not been widely implemented. New York has been using the law for some years and has had success with it. It was recently renewed there.

Where the law has been implemented participants are less likely to become homeless or to become violent. Patients support the program and credit it with helping them to lead normal lives. For families trying to help, it can be a lifesaver. 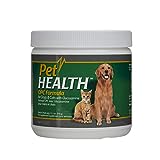 Previous Money: Wealth, Investment, Human Capital, Success. A Gold Mine On How To Make More Money
Next Learn How to Make Money Online With No False Promises

Price: (as of – Details) Product Description BREAK BARRIERS IN YOUR WEIGHT MANAGEMENT. If you’ve …