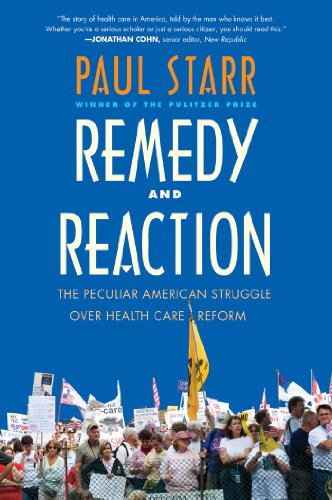 In no other country has health care served as such a volatile flashpoint of ideological conflict. America has endured a century of rancorous debate on health insurance, and despite the passage of legislation in 2010, the battle is not yet over. This book is a history of how and why the United States became so stubbornly different in health care, presented by an expert with unsurpassed knowledge of the issues.

Tracing health-care reform from its beginnings to its current uncertain prospects, Paul Starr argues that the United States ensnared itself in a trap through policies that satisfied enough of the public and so enriched the health-care industry as to make the system difficult to change.

He reveals the inside story of the rise and fall of the Clinton health plan in the early 1990s—and of the Gingrich counterrevolution that followed. And he explains the curious tale of how Mitt Romney’s reforms in Massachusetts became a model for Democrats and then follows both the passage of those reforms under Obama and the explosive reaction they elicited from conservatives. Writing concisely and with an even hand, the author offers exactly what is needed as the debate continues—a penetrating account of how health care became such treacherous terrain in American politics.

Previous [WATCH]: Drive Traffic Marketing LLC
Next Should there be a right to die?: health news

How Does Research Mindedness in Social Care Link to Continuing Professional Development?

The Health Gap: The Challenge of an Unequal World