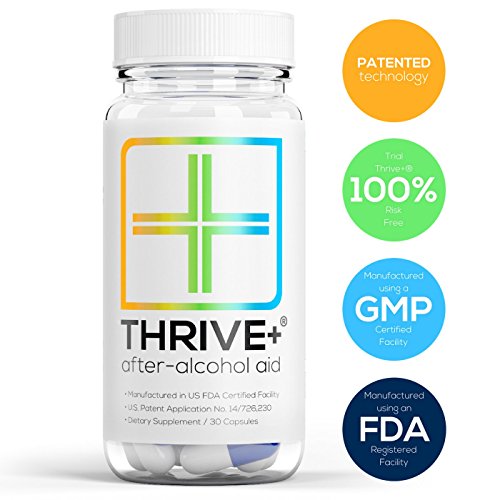 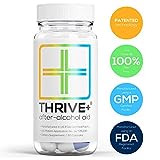 What is Thrive+®?
Thrive+® is a patented After-Alcohol AidTM that comprehensively reduces the negative health effects of alcohol when after drinking alcohol.

Press:
As seen on: Inc. Magazine, USA Today, The Huffington Post, Fox News, and more. (LEGAL: These are not affiliated with ThrivePlus LLC nor are endorsement of Thrive+®)

Does Thrive+® work?
Yes. Thrive+® has even been publicly tested and reviewed by both the authors of The Tab in the United Kingdom and Fox News. It has been given public backing by a Princeton Neuroscience professor. Try using Thrive+® for your busy lifestyle!

Why Do People Use Thrive+®?
We have found that people use Thrive+® for 3 things:
1) Hangovers (by reducing them during sleep),
2) Health(by lessening negative effects of alcohol),
and 3) Productivity (by allowing them to get back to business faster in the morning).

Who uses Thrive+®?
By receiving emails from happy users. We have found that Thrive+® users include current Olympic Gold Medalists, professional baseball players, and some well known business executives.

How was it invented?
Thrive+® was developed by an undergraduate at Princeton University while studying Neuroscience. Brooks, the founder, researched the effects of alcohol consumption and the causes of hangovers. Upon finishing his research, he worked with a US Pharmaceutical company to produce a product and file a patent. Thrive+® is the result of that work.

Is Thrive+® safe?
Absolutely, Thrive+® is a blend of all natural ingredients. Thrive+ is formulated and manufactured in a US, GMP, and FDA-inspected facility. Unlike other companies, we even 3rd party test our products.

Previous [WATCH]: The 5 Pillars Of A Sustainable Online Business Part 2
Next DSC00298: healthweb

A Guide to Medicare Coverage

Signed into law by then-President Lyndon B. Johnson on July 30, 1965, Medicare coverage began …