health current event articles: While the World Sleeps: Writing from the First Twenty Years of the Global AIDS Plague

While the World Sleeps: Writing from the First Twenty Years of the Global AIDS Plague 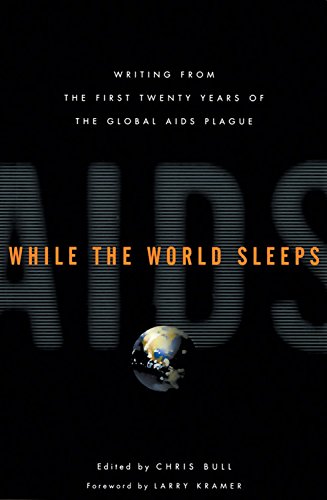 An estimated 40 million people live with HIV, the precursor virus to AIDS, the most devastating disease that humankind has ever faced. Most people with HIV will die of the disease within the decade, and in Africa, where in the sub-Saharan states HIV/AIDS is the leading cause of death, over two million people died in 2001 alone. AIDS has profoundly changed the world. Now in AIDS: A World Changed, longtime gay journalist and author Chris Bull has assembled a landmark collection that will be necessary reading for a broad and diverse constituency, from public health students and professionals to academics, activists, policy makers, and the millions whose lives have been indelibly marked by the epidemic. Included are essays, polemics, fiction, and investigative journalism—pieces that helped us to understand the epidemic and its ramifications and that have withstood the test of time—including Larry Kramer’s incendiary manifesto “1,112 and Counting,” and selections from Mark Schoofs’s Pulitzer prize–winning series AIDS: The Agony of Africa and from Tony Kushner’s Angels in America. This long-overdue collection also includes the most important writing on AIDS by Michael Bronski, Gabriel Rotello, Jeffrey Escoffier, Cindy Patton, Randy Shilts, Michael Callen, Susan Sontag, Paul Monette, Donna Minkowitz, Barbara Smith, Amber Hollibaugh, Gore Vidal, Jeffrey Schmaltz, Michaelangelo Signorile, Judith Valente, and many others.

Choose: The Single Most Important Decision Before Starting Your Business